I am a  full-time professor at the Poznan University of Economics and Business.  I also work-part-time at the Vistula University in Warsaw. I received my PhD degree in 2001,  habilitation degree in 2010, and in 2019 I  received the Titual Professorship (“Profesor belwederski”) [It is a unique feature of the Polish system of higher education. After obtaining a PhD degree and then “habilitation degree” (also a non-existent feature in many countries, incl. the UK and the USA).
My research interests include knowledge management, intellectual capital, school marketing, service design, education and innovation management, strategic management in public sector, entrepreneurship education. I was a Senior Fulbright Scholar at Sam Houston University, TX, USA and Marie Curie Research Fellow at the Centre for Social Innovation (zsi.at) in Vienna, Austria. I am the author of the first Polish Intellectual Capital Report in a Higher Education Institution (2004). My bibliography includes 15 books and over 70 research papers.

My publications include four books related strictly to sustainable urban development. My strong area of expertise is history of city development and fortifications. I am involved in the development of the Master Plan for Poznan’s fortifications and preparing a project proposal for Erasmus Plus call in 2018 where city fortifications will be used for educational purposes and teaching about Europe’s heritage.

My first transnational level experiences date back to the years 1995-1997, when I was a camp counselor at three different summer camps. I also travelled extensively across the USA and the UK. I have been involved in international projects since 2002 (as a Marie Curie Fellow at the Centre for Social Innovation in Vienna). I was Senior Fulbright Scholar at SAM Houston State University. Since 2004 I have been regularly teaching in English to Erasmus (+) students at the Poznan University of Economics and Business (approximately 2000 teaching hours since 2004), Konya University (Tr) and Karel de Groote School in Antwerp, BE. I have written over 50 different reports, books and articles in English, many of them in peer-reviewed journals. In 2011, I achieved 102/120 score on the TOEFL English test. I participated and co-organized about 40 conferences since 2000. incl. EU projects e.g. Knowledge Management Summer Camp 2004, Oeires, Portugal; City-M: Creative, Innovative and Transferable Methods in the Training of Teachers and Training Staff, 2010 – 2012; Quality assurance in higher education by developing and piloting the habilitation and auditing methodologies, Project ID: 123268, 2011-2014

In the DigiPay4Growth project, my role was to disseminate knowledge coming from Western European partners in the CEE countries. 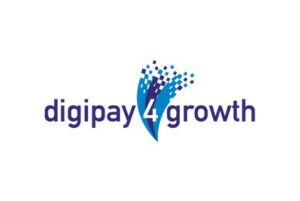 Such a task required the ability to adopt the content to cultural specificity of countries such as Romania, Poland, Ukraine, and Hungary.  Bad connotations related to electronic currencies required a lot of effort as far as persuasion and trust-building is concerned.  The project involved personal meetings and speeches at seminars where the knowledge about local currencies was disseminated (mainly in Poland but also in other countries of the CEE region). I am currently supervising a PhD thesis of a foreign student who is doing a research on internationalisation of higher education in Europe. Another of my PhD students is working on a thesis on inclusive education in Israel, which allows me to gain more insights into theories of inclusion and ethical issues. Additionally, I have been teaching a few courses to Erasmus students visiting Poznan University of Economics and Business (“knowledge management”).

I worked in e-Green Jobs project (LdV) with partners from Poland, Portugal, Italy. I prepared a final project report consulting all parties about their expectations towards the final report and participated in international meetings in Portugal and Italy to the variety of needs and starting points. The summary of the report has been published in the European Journal of Service Management (Vol. 18, 2/2016): “eGreen Jobs in the service economy – empirical analysis for selected European Union countries”.

In the Ustawa 2.0 project (The development of the new Act on Higher Education for the Polish Ministry of Science and Higher Education, 2016-2017) one of my responsibilities was to conduct the consultations with different stakeholders (PhD students, young academics, older generation academics, employers).

Currently (August 2020) I am involved in the development of Education Policy 2030 for the City of Poznan (where I live).

One of the values which I pursue in my academic development is encapsulated in Sir Karl Popper’s observation that there is an extraordinary increase over the past century in the creation of many narrow specialities. According to Popper, the scientists working in each domain claimed the right to decide which conclusions were true or false. So the era of generalist has passed. The PhD candidates are not introduced in the concept of science and are educated merely to be experts in their narrow domain. Those experts do not claim the right to be professionals in any other domain that their own. They do it with pride and in an vainglorious manner. Popper claims that the development of science is made by people with broad interests.

In 2014 I headed up national project on the measurement of trust in Polish business. The results were presented at the European Economic  Congress in Katowice.  One of the findings was that the Polish economy lost PLN 281 billion in 2014 due to mistrust and low social capital in Poland: https://www.forbes.pl/opinie/przez-brak-zaufania-przedsiebiorcow-polska-gospodarka-traci-280-mld-zl-rocznie/rm1s09g